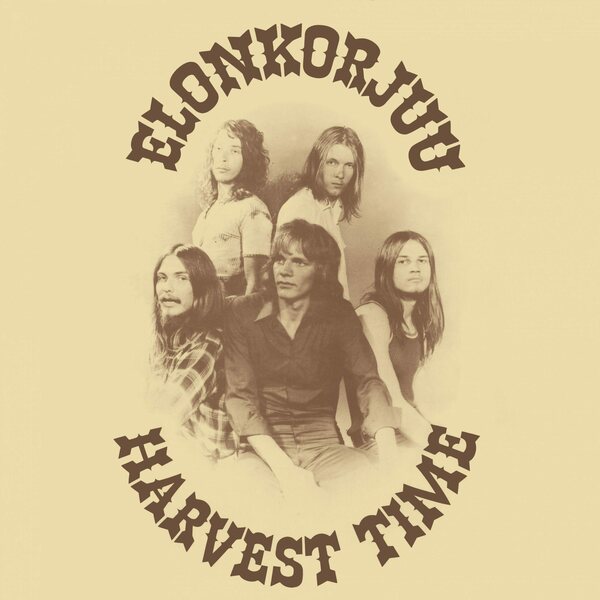 A Svart Mondo release. Black vinyl, gatefold jacket.
The original vinyl of “Harvest Time”, the debut album by the Finnish band Elonkorjuu (which means ‘Harvest’ in Finnish), has been the among the most valuable collector’s items in Finnish rock: its average prize in 2021 is over 1200 euros, and even over 2000 euros have been paid for a mint copy.
Recorded almost entirely live and originally released in 1972, Elonkorjuu’s “Harvest Time” is a best kept secret for many Scandinavian Prog aficionados. With music inspired by groups like Cream and Free with more progressive and free-jam style, Elonkorjuu is one of the few bands that successfully progressed the whole heavy Blues/Psych Rock style in a way that made them a little unique and ahead of their time. Drawing initially from the schools of bands like Sabbath and Colosseum but expanding on those influences with soulful church organ and cutting guitar from leader Jukka Syrenius, “Harvest Time” is entirely worth it’s reputation as a sought after treasure. A killer album from beginning to end. Heavy guitar work all over and great vocals sung in English,which is rare for a Finnish band of this era. Finally receiving a worthy reissue from the vinyl obsessives at Svart Records, “Harvest Time” sees the light of day again on gatefold vinyl, including new liner notes.  If you have an ear and place in your heart for the shadowy and mysterious world of early heavy progressive rock, then it’s probably “Harvest Time” for you!