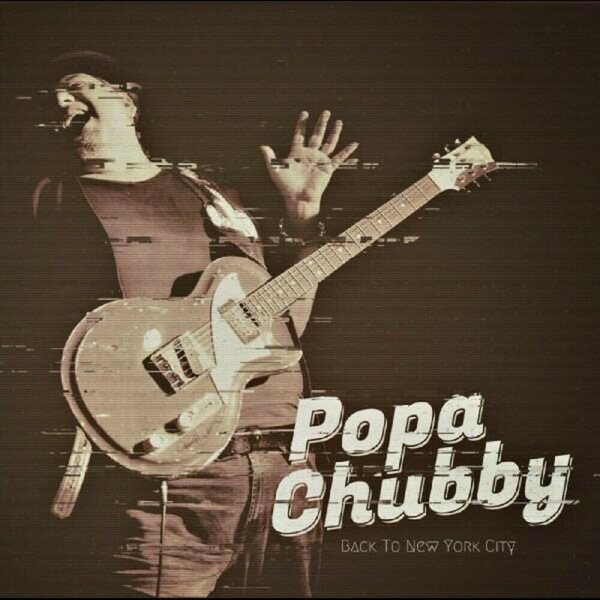 If you took the famous song of the classic French Film, Tonton Flingueurs, and converted it into blues, the title ‘We should never leave Montauban’(On ne devrait jamais quitter Montauban) could be translated as ‘He’s gone back to his roots’. And that’s exactly what has happened with the re-release of Popa Chubys three albums initially appearing between 2010 and 2012.

Taking advantage of, as you say in the jargon, ‘the end of exploitation rights’, Dixiefrog Records jumped at the chance to get these three albums on their label. Now, more than ever, Popa Chubbys roots are taking hold in Dixiefrog, a long way from the release in 1996 of his debut album ‘The First Cuts’. And that’s where the story might have ended but the label decided to mark the occasion by laying on an extravagant spread for these three albums. Flattering the senses, both ears and eyes, whilst modernising; a tough one to crack! To begin with, ‘The Fight Is On’, ‘Back To NYC’, and ‘Universal Breakdown Blues’ are re-released with brand new record sleeves. Added to that, three previously unreleased and outstanding tracks! Firstly, a cracking version of Led Zeppelins ‘What Is And What Should Never Be’ on the ‘Fight Is On’ album, showing the deep connection Popa Chubby has with the greats of heavy-rock blues and his similar musical alchemy. Then ‘Retro Mofo’, one of his compositions, whose hidden secret appears on the ‘Back To NYC’ album. And finally, Lou Reeds ‘Walk On The Wild Side’ on the album ‘Universal Breakdown Blues’. Without a doubt the most New York song ever written, and truly underlining his New York roots. And yes, finally, since one has to move with the times, all of this comes both on CD and vinyl. These three re-releases are the tangible proof that ‘loyalty’ remains, as always, an indispensable value for many artists, and, here, Popa Chubby remains on the front line. The fans won’t be disappointed as they discover three ‘brand new’ products to brighten up their line of CDs and vinyls dedicated to the repertoire of ‘The Beast from the East’ as he likes to call himself. What more could you ask for?