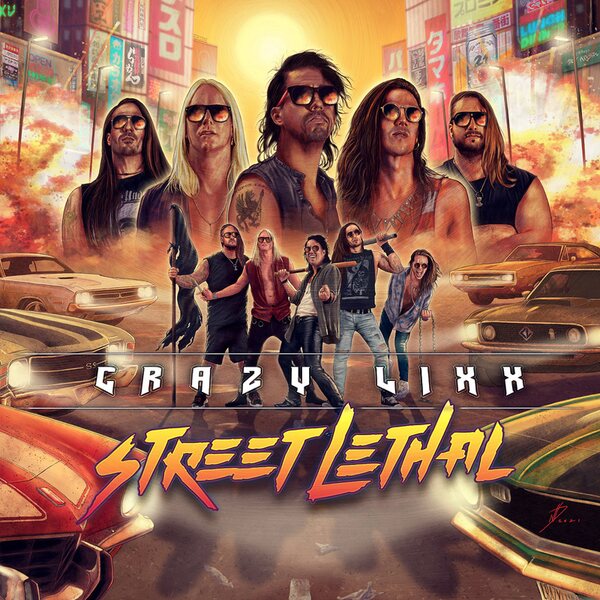 Frontiers Music Srl is proud to announce the forthcoming release of Swedish hard rockers Crazy Lixx's new album, "Street Lethal". Chock full of huge choruses, memorable hooks and riffs, and wailing, emotive guitar solos, fans of the band will be thrilled and delighted by what is on offer here. Massive production comes courtesy of Danny Rexon, who, over the past couple of years, has really turned into a master craftsman in the studio. With Tobias Lindell (H.E.A.T, Europe, Hardcore Superstar etc.) handling the mix, this album is sure to resonate with old fans and new listeners alike.
With “Street Lethal", Crazy Lixx surpasses all expectations for new music from the band and surpasses their own revered and celebrated catalog. It’s an album that is confident, slick, and full of passion. Here, Crazy Lixx prove beyond a shadow of a doubt that they’re not just one of the pack, but that they are right there at the front of it. No one does what they do quite as well...
Album after album, Swedish hard rockers Crazy Lixx have continuously carved in stone their reputation as true leaders of the Scandinavian led ‘80s hard rock revival. With views in the millions for popular videos like “Wild Child” and “Hunter of the Heart” on Youtube, outstanding streaming numbers for tracks like “Blame It On Love”, "Hell Raising Women”, and “XIII”, and "Wild Child" being featured in the Nicolas Cage horror movie “Willy’s Wonderland,” Crazy Lixx are steadily continuing on their march for world domination.
Don’t miss Crazy Lixx while they’re on the road in support of the album either, as their live shows are a sight to behold. Dates to be announced soon.