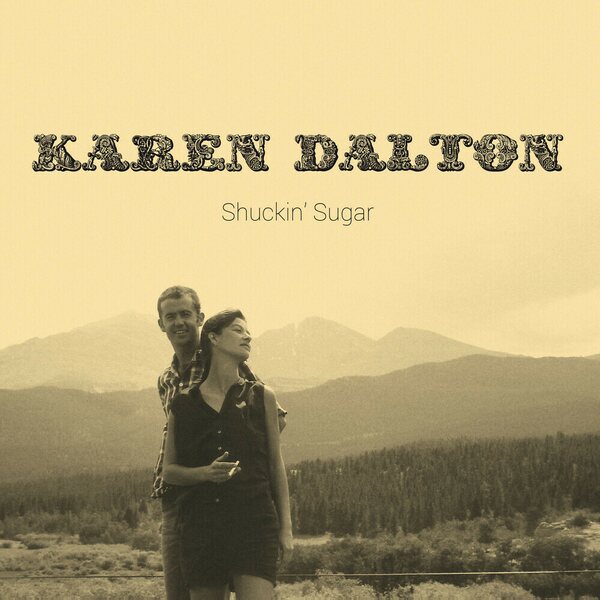 In 1962, Karen summoned Richard Tucker to join her in Colorado, extolling the healthier lifestyle, and plentiful gigs at Boulder folk club The Attic. Upon his arrival, the pair solidified their personal and professional relationship, riding horses in the mountains, and performing as a duo at parties and venues throughout Denver and Boulder. Stories of the spell they conjured - and rumours of tapes! - have circulated among friends and musicians who witnessed them, but until now, no recorded evidence had turned up. Shuckin' Sugar is the glorious result of three reel to reel tapes that miraculously found their way to us in November 2018, which featured two complete shows from The Attic in January '63, and a benefit concert for The Congress of Racial Equality (CORE) recorded the following February. Their gigs would often include brief solo sets from Karen and Richard, in addition to the duets, and all seven solo songs of Karen's found on the three reels are included here, as well as five duets, sequenced as close to how it all went down as humanly possible. To describe the record would take a poet, but all I can say is that unveiling a missing chapter in the Karen Dalton story - with six songs we've never heard her sing before - is cause for celebration in Delmore's world.

"From her opening, jaw-dropping lift-off with early blues standard "Trouble In Mind," the unique otherworld Karen conjured springs into vivid life. Playing to audiences inevitably bound to the era's formalities and traditions, Karen instinctively pushed the envelope, straying into uncharted territory beyond the established borders. She must have bewildered many who came to see her in those winsome Peter, Paul and Mary times." --From the liner notes by Kris Needs

Tracklist:
Side One
1. Trouble In Mind
2. If You're A Viper
3. When First Unto This Country
4. Shiloh Town
5. Shuckin' Sugar Blues
6. Everytime I Think Of Freedom