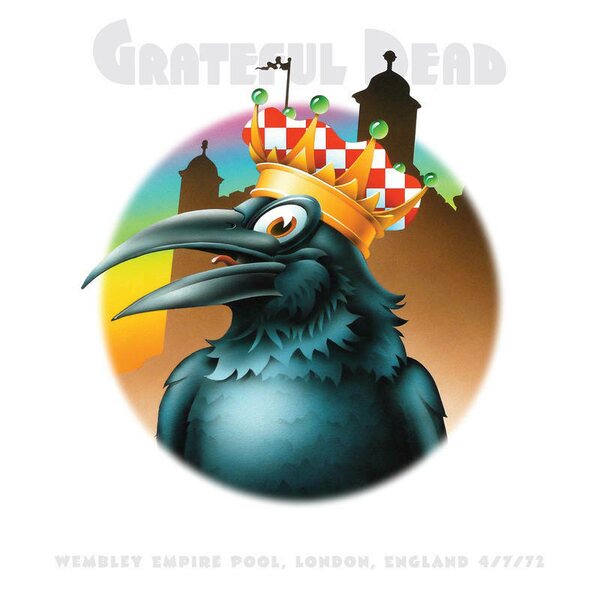 Available for the first time on vinyl.

When the Grateful Dead opened their famed Europe '72 tour at the sold-out, cavernous Wembley Empire Pool in London, they signaled from the very start that they meant business. From the very first notes of this show's opener, “Greatest Story Ever Told,” the Dead were "on," performing a mix of their best-known songs including “Truckin'” and “Sugar Magnolia,” a healthy dose of music from their most recent album, the live album that was a critical commercial success SKULL & ROSES, including “The Other One,” “Not Fade Away” > “Goin' Down The Road Feeling Bad,” and “Wharf Rat,” along with more than a half dozen songs from Bob's and Jerry's respective 1972 solo albums. If the Dead had opening-night jitters at this show, they sure masked it well with confidence, inventiveness, and inspiration, all hallmarks of what would become known as one of the Grateful Dead's greatest tours ever.